How to Use Twitter Influencer Marketing to Grow Your Business

Research has shown that influencer marketing pays an average of $11.20 in earned media value for every $1.00 of paid media spent.

There has been an ever increasing urge to invest in influencer marketing due to the great positive impact that it brings for a brand.

Irrespective of the size of your business, your audience always looks up to its recognizable influencers on social media.

What is influencer marketing?

When brands partner with the people who have influence over others, it is referred to as Influencer marketing.

In the past, influencers were mostly journalists, television broadcasters, industry analysts and the celebrities who had high influence on general public. But now, due to the increase of social media, the influencers are found mostly on social media networks such as Facebook, Twitter, Instagram, and so on.

When these influential people promote a brand and product, it gets massive reach and higher engagement rate.

To decide who your influencers are on Twitter, you need to find out the industry in which you operate, the location in which you want to influence and the type of people that you cater to like children, women or men.

For instance, when you are in the fashion industry and selling women clothing, you would rather partner with a fashion blogger who can carry the image of a young and a stylish influencer whose style is a huge trend among his/her fan following on Twitter.

For instance see @CRBarberich. She is one of the top fashion influencers in America. She engages followers on fashion topics using interesting videos. 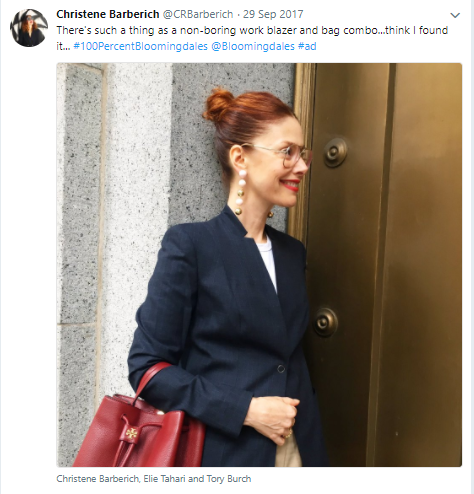 Your Twitter influencer is one the most engaging way of building relationships with your audience in the niche that you are targeting.

In a study, 40% of respondents said that they have bought an item after being used by an influencer on Twitter.

Influencers are a very powerful force on social media. A successful Twitter strategy for your brand requires you to identify and leverage the influencers in your industry. Irrespective of whether you are a company looking forward to promote your products, or whether you are an individual looking to advertise yourself, Twitter influencer marketing will go a long way in achieving your goals.

The great reputation of your influencers helps to build trust within your followers as well as bring your product in front of the influencer’s followers thereby giving it additional reach.

A Twitter influencer has the ability to give the brand credibility as well as a human face to which the follower can relate to. They are the subject matter experts who build credibility and provide assurance to followers.

With more than 300 million people on Twitter it’s quite a hectic task to find the right influencers for your brand. While we all know that we should connect with the influencers, the real challenge is how do we do it? Here are some questions to ponder on:

Who are the important influencers in your industry?

Here are 5 simple steps to find and retain your most relevant Twitter influencers.

Start by listing down the influencers from your industry. For example if you are in social media marketing, brands such as Buffer, Hootsuite, BuzzSumo, etc. are important influencers. Look out for big names such as Neil Patel, Kim Garst and Rand Fishkin who have built high fan following.

You can also conduct a simple Google search to find the top 100 Twitter influencers and you will get a huge list of influential names on Twitter. You can further refine by adding the industry or location of your choice.

Once you get a list of influencers, the next step is to find out if all of them are really influential. Check to see if their audience is of any use to your brand. You also need to check if the list of influencers is really active. Some influencers may not be active in your industry and having them as your influencer will not help.

Though you see many of the influencers have high number of followers, it could be true that some of them are fake.  But reality is that most of have some number of fake followers, but the problem is when the fake followers outnumber the real followers. 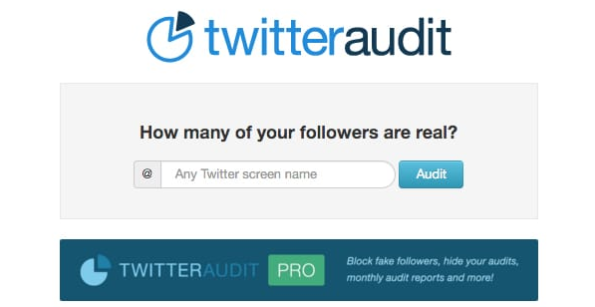 This is the most important step in the entire process. Unless you move forward and start interacting with the influencer, there will be no movement at all. Start putting yourself in front of the influencer by posting interesting articles and start to interact in a way that they notice you. But don’t go overboard since it will look very spammy, and may lead to blocking you on Twitter.

A good start will be just to observe the feed of your influencer and indulge in retweeting, liking and sharing their content. Make sure that you curate the content and select the ones that is suitable for your audience.

You can start by answering their questions or giving our experience or opinion when it is asked for. This is the opportunity where you should start sharing some of your content as a response to their questions. Give the influencer a assurance that you are not just there to retweet their content, but rather you are valuable by giving interesting opinions and comments.

This is where your earlier step of coming into the influencer’s radar will work. Else you will be discounted as an unknow person though you have tagged them. Since the influencer now recognizes you due to your interaction and comments, he might comment on your post or share your articles further to his followers.

So this is exactly what you wanted, right?

Just one retweet or share is not the end of the process. From here, it is an ongoing relationship with your influencer.

Continuity is the Key to influencer marketing.

Engage with the influencer on a low-key mode frequently, and release your high targeted posts occasionally.

When you have a few influencers in your list, draw a schedule of when and how to reach out to different influencers, so that you won’t end up spamming the same influencer often.

So the ultimate aim of having more followers is obvious. It’s to grow business and make higher revenues.

Though a lot of brands spend lot of time and money on Twitter, they never really see any changes in their revenues. This is due to the fact that they do drive Twitter influencer marketing to target the followers who later convert into leads.

When you have engaged with influencers, there is an opportunity to get more followers and more engagement, which thereby leads to higher traffic to your website and ultimately into revenues.

Influencers are not just powerful in reaching to the audience, but they also offer secondary benefits such as increase in search engine ranking and strong brand presence.

Allow creative freedom to your influencers so that it works for your brand. Understand the interests of the influencers and offer them relevant opportunities. Most of the influencers love to work with brands that have similar value as theirs.  When the relationship is mutual, then there are higher chances of influencer marketing working wonders for your brand. Ensure that it is a two-way street where both parties benefit from the relationship. With a mutually beneficial arrangement, your Twitter influencer marketing will thrive and flourish.

We curate the best of inbound marketing news and send over the top 10 we know will contribute to your growth - once a month.